The End of the ‘Water Cooler Moment’ 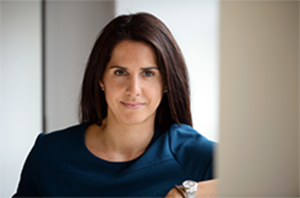 Mobile has changed the way we talk about TV shows. That ‘water cooler moment’ that used to happen the day after your favourite show had aired now happens in real-time, online.  And a lot of it happens on Facebook, through mobile devices.

The fact that people talk about TV on Facebook has never been in doubt however it has often been assumed that TV-related Facebook interactions happen outside the show airing – not in real-time.  This is not the case.

The industry has also not truly understood the volumes of this chatter, since historically, we haven’t shared much information on this in the past.  Now, thanks to our new partnership with SecondSync, we will be sharing this information on an on-going basis to help clients understand how people are using Facebook to talk about topics such as TV.

The first output from this partnership is a new white paper, Watching with Friends, showing how different groups of people use Facebook to talk about TV across a range of programs in the US, UK and Australia. This is the first in-depth analysis of Facebook social TV data across multiple countries. Key findings include:

The opportunity for advertisers and TV companies to connect their broadcast communication with what people are talking about on Facebook is immense. Brands can now create a dialogue with their audience and join the conversations that are already taking place on mobile.

This has all been made possible because Facebook is a ‘mobile first’ company. Of the 757 million people who visit Facebook every day, 470 million log on with a mobile device.  In the UK, that number is 21 million – every single day. Digital was supposed to kill the era of the mass audience, but instead it migrated. To put that into perspective, 53% of Facebook’s revenue is now driven by devices that simply didn’t exist a decade ago.

It wasn’t an easy journey. The mobile tidal wave hit us as hard as anybody, forcing us to move fast. When Mark (Zuckerburg) decided to refocus the company, it had major consequences – any engineer or manager who came to a product review without mobile mock-ups was sent right back to their desk. A lot of meetings were cut short in the early days as the entire engineering and product teams was trained or retrained to think mobile.

Mobile is the biggest cultural shift in a generation and the end of the ‘water cooler moment’ is just one example of how it has completely revolutionised the way consumers spend their time.  We are entering a new age, where old certainties are vanishing and new possibilities are emerging.  And Facebook is incredibly privileged to be right in the centre of this seismic change.

This brings with it a tremendous opportunity for brands and ultimately, the scale of what we can do together is only limited by our imagination.

Of those five billion mobile phones, only 1.5 billion are smartphones.  Can you imagine the opportunities that will be created for marketers and advertisers as those one billion upgrade to five billion?