How Smartwatches Streamline Our Mobile Interactions 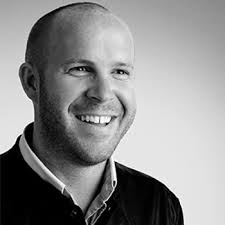 Wearable devices are poised to impact the market nearly as drastically as personal computers did in the 1980s and smartphones did in the early 2000s.

Smartphones have shifted the dashboards of our lives, with the average person checking his or her phone 150 times a day. Wrist-worn devices promise to provide a much easier way to access the wealth of information stored on our phones. Thus far, fitness tracking bands have led the movement toward the wrist, but smartwatches promise to lead the wearable revolution, taking the functionality of a smartphone and making it “glanceable” on a user’s wrist.

With a smartwatch, users can check messages and alerts, take photos, make payments, and monitor their health. The allure of bringing notifications off a phone and onto a wrist is clear for consumers: the ability to stay connected without disconnecting from the real world. The same can be said for manufacturers: nearly every major technology company is working on, or rumored to be working on, a smartwatch, including Apple, Google, Microsoft, and LG.

But the majority of early smartwatch contenders like the Pebble, Samsung’s Galaxy Gear, and Qualcomm’s Toq tether to a wearer’s smartphone. This tethering allows wearers to check their watches instead of reaching for their phones every five minutes, but it also means that wearers are forced to carry two devices. The next generation of smartwatches, like the Neptune Pine, will be independently smart and boast the same capabilities of a smartphone. When this shift happens, smartwatches will have the potential to replace the need to carry, or even own, a smartphone, necessitating a shift in design thinking.

Just as developers adapted from designing for the web to designing for mobile, they will have to adapt again as wristwatches become the new frontier for UI.

Constrained by a small screen and the lack of a keyboard, gestures and more natural interactions will become the standard for wearable device interaction, making inputting information as progressive as the devices themselves. For example, like its name suggests, MessagEase makes it easier for users to input a message by using a mixture of taps and gestures combined with a radically different keyboard layout to speed up text input by minimizing the movements typists have to make to reach the keys. The HOT smartwatch acts as a phone and bounces sound waves from the watch to a user’s ear when he or she places a cupped hand over his ear (like holding an invisible phone). The smartwatch also has a number of gestures for answering calls, rejecting calls, dialing, muting, ending calls, or even calling a favorite number.

As consumers adopt smartwatches and become accustomed to glanceable interfaces and natural gesture inputs, they will rethink their interactions with other pieces of technology in their life—and they will question whether the provided utility outweighs the social or technical inconveniences of using the device.

That decision will more than likely lean toward whatever option enables consumers to take advantage of the latest gizmos and gadgets, without pulling attention away from the present.