Moving into an algo-orientated, cross-screen world 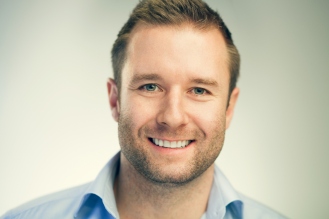 Almost unbelievably so, we find ourselves already three quarters of the way through 2014. Of course, the nature of mobile means that we’re always moving apace in this industry, so it shouldn’t really be a surprise. Mobile also demands that we always keep one eye on the future, anticipating what might happen next.

That potential for disruption at any turn is one of the reasons I love what we do. With that in mind, as we move into the final three months of the year, there’s no better time to start to think ahead for what might come in the next 12-18 months. Personally, I’m particularly excited by two major areas of opportunity for mobile advertising…

The first is something that’s been a big discussion point since this time last year but remains important, and that’s mobile programmatic. Arguably the buzzword of the year, I’m expecting continued growth for the discipline of automated trading on mobile to continue into 2015.

As you will have seen last week, we’ve made our intentions clear with the announcement that Millennial Media has signed a definitive agreement to acquire Nexage, a leading provider of Real-Time-Bidding (RTB) tech.

I’m also hopeful to see from the IAB’s upcoming ad spend figures for the first half of 2014 what the impact of programmatic has been in mobile. The buzz has been great, but being able to back that up with some evidence of the changing behaviours of media buyers will provide real insight.

Away from programmatic, the other trend that’s going to be top of brand and agency priority lists in 2015 is cross-screen.

Another term that gets thrown around a lot at the moment and that many brands are showing excitement for, but what do we mean when we talk about cross-screen? To us, cross-screen means the successful delivery of an advertiser’s message to the same consumer across multiple screens.

Just count the number of screens that you own or are in your house, and I’m sure many of you will be in double figures. We live in a world of multi-screens, multi-platforms, and multi-devices – from smartphones to connected TVs to wearables, to name but a few.

Consumers are ever more accustomed to using many devices at different touchpoints across the day, and increasingly in tandem with each other.

As a result, it has changed the way brands connect with consumers: They have to become more strategic with mobile if they are to engage consumers as they move across devices, placing it at the heart of all digital communications, to align advertising and messaging.

Beyond consistent messaging across screens, there is also huge potential for better attribution, enabling advertisers to understand the impact of their investment so they know where to re-invest.

Even with detailed campaign reporting, it can be difficult to map conversion events to their original impressions when the majority of media spends are siloed and channelled through multiple partners and platforms.

With a mobile-first cross-screen approach, brands can now capture that first in-app ad impression in mobile and map it to the conversion event on PC.

Imagine for example you’re checking train times to London on your tablet to get down for the MMA Forum in November. In-app, you see an ad for a special on tickets to a West End show at Christmas, but need to check dates with your better half first before booking. Dates confirmed, two weeks later you complete the transaction on your work laptop.

With the right kind of measurement in place that gives not only clicks but also context, brands can now clearly attribute not just what worked to convert a user, but what gets the credit for making it work.

To be successful brands must create consistent experiences, independent of the media consumers use at that moment in their daily lives. In turn, we’ll open up new creative ways for brands to target consumers, creating exciting new opportunities for the industry to further align mobile at the heart of digital. Our job in mobile is to help brands move beyond the divided approach of only targeting consumers on specific devices, to a more connected strategy that reaches the people behind the devices.