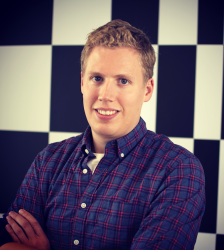 Last week, 101,000 delegates from the world of mobile descended on Barcelona for the annual Mobile World Congress. 204 countries were represented and 3,600 members of the international press and media covered the event. The scale of the congress cannot be underestimated – over 2,200 exhibiting companies filled the exhibition, which spanned 9 vast halls and 12 outdoor spaces. Exhibitors came from all spheres of the mobile ecosystem – device manufacturers (including Samsung, LG, HTC and Blackberry) who use the event to launch flagship devices, companies providing the hardware inside phones (such as Intel and Qualcomm), businesses working in the Internet of Things space and mobile media and ad tech businesses.

Despite the scale of the conference, Mobile World Congress 2015 was dominated by 4 main themes:

These themes can be expanded upon as follows:

2016 has often been described as the “year of VR”. This term has to date been widely criticised by the mobile world (it’s been the “year of mobile” for almost a decade now) – with many skeptics suggesting that despite Facebook’s acquisition of Oculus in 2014, it was hard to see the future of VR beyond the gaming environment.

Many people were to leave MWC with a different opinion. In fact, Virtual Reality really stole the show at the conference.

On the Sunday prior to the conference starting, Samsung and Mark Zuckerberg took the opportunity to announce a partnership, with the new Samsung Gear VR being powered in part by Oculus. At the conference, delegates were invited to participate in a VR rollercoaster ride, which was breathtaking.

This is a huge development in an industry which has been estimated to be worth $70bn by 2020 – for two main reasons: first is the fact that Samsung will be able to scale a Smartphone-based VR system much more quickly than Oculus can with its more niche Rift headsets. An example of this scale is that within one month of the launch of the Samsung Galaxy 6s, it had sold over 6 million units. This year, Samsung will be shipping a free Gear VR headset with every Galaxy S7 or S7 edge pre-order.

The second reason is that the partnership show’s Facebook’s dedication to VR technology. Mark Zuckerberg dreams of a world in which content – including social media – will be consumed in virtual reality. Facebook has announced a new he company has created a new “Social VR team” that will focus entirely on exploring the future of social interaction in VR.

Samsung and Facebook weren’t the only companies peddling VR at the conference. HTC demo’d the (extremely impressive) Vive VR headset – which sold 15,000 units